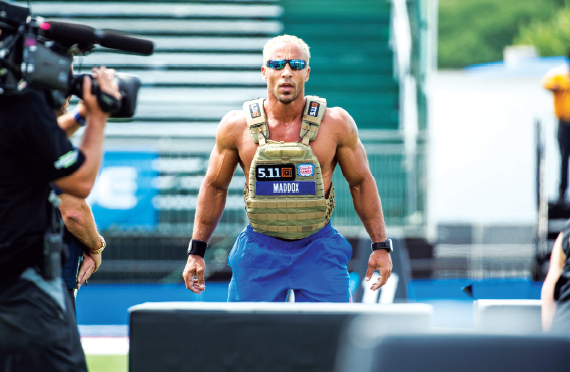 The Kalis Games entered its second season during the second quarter of the year and although new, practitioners aim to raise the bar in the Philippines and make the country a major Crossfit event destination in Asia.

Programming for the competition is key in moving towards this goal, and the Kalis Games has partnered with one of CrossFit’s icons, Neal Maddox, for this exact reason.

WHO IS NEAL MADDOX?

Maddox grew up in San Jose, California and attended Linfield College in McMinnville, Oregon. As a college athlete, Maddox held most of the weightlifting records in school. Because of this, others would seek him out for advice in the gym, consequently developing in him a passion for training and helping others.

As a college intern, he had the opportunity to work with individuals with disabilities, including people with Down Syndrome and Multiple Sclerosis, as well as assist in developing a Physical Education curriculum for multiple elementary schools in McMinnville. Upon graduation in 1999 with a B.S. in Exercise Science, he began to pursue a career in the NFL.

After several injuries and realizing that the goal of playing professional was slipping away, Maddox decided to shift his focus. He began his personal training career in a traditional gym setting where he held the position as Head Fitness Director, which had him training and developing personal trainers, as well as working with individual clients.

In 2006, Maddox opened his own fitness facility, X-treme Athletics. He also coached high school football, working with several players who would eventually make it to the NFL.

In 2009, Maddox heard about CrossFit from a friend and decided to get his CrossFit Level 1 Certification. He also judged at the CrossFit Games in Aromas, California that same year.

The following year, Maddox decided to compete and try to qualify for the CrossFit Games. Over the next six years, he would qualify for the CrossFit Games; each year being the oldest individual athlete in the Open division. During his first three years of competing, he had several training partners, including Jason Khalipa, Garrett Fisher, Pat Barber and Miranda Oldroyd.

In 2011, Maddox became part of the CrossFit HQ Seminar Staff, coaching over 150 seminars over the next four years. In 2013, Maddox decided to outsource his personal CrossFit programming and joined Hyperfit USA. This allowed Maddox to shift his focus into his gym and its members, while having someone else behind his programming. This also gave him some new training partners such as Chyna Cho, Jen Smith, and Julie Foucher.

In 2016, Maddox took the year off from the CrossFit Games to have foot surgery to treat an old football injury. The following year, Maddox decided to compete again, this time in a new 35-39 year old Masters division.

Continuing the trend, Maddox competed as the oldest in his age group, just two and a half months shy of turning 40. In 2018, Maddox competed once more and became the Champion of the CrossFit Games Master’s 40-44 division.

Currently, Maddox is focusing on the Maddox Method, which aims to develop the most effective training program to help others grow as athletes and improve their quality of life. He also finished designing the upcoming Qualifiers and Finals of the Kalis Games, and is very excited to meet the community in Manila this November.