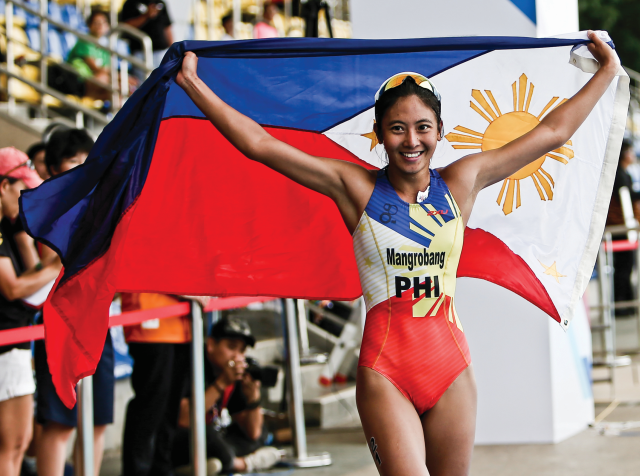 Triathlon is considered as one of the toughest endurance sports mankind has ever developed.

A standard triathlon race is composed of 1.5 kilometer swim, 40 kilometer bike capped by a 10 kilometer run, easily, not for the faint-hearted.

In the Philippines, a young lady named Kim Mangrobang is currently the highest-rated triathlete and is considered as one of the country’s bets to the 2020 Tokyo Olympics. 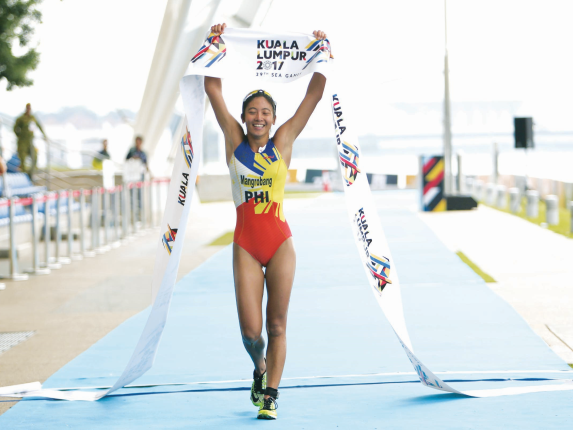 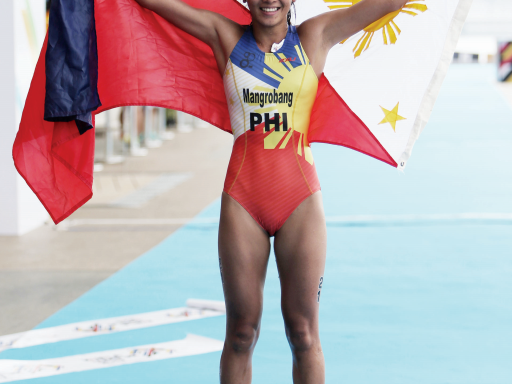 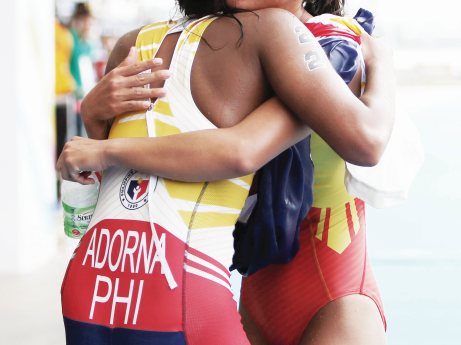 Mangrobang was initially introduced to the sport of swimming at the age of nine but was later on convinced by a coach from the Triathlon Association of the Philippines (TRAP) that she could become a competitive triathlete.

Every competition here abroad was like playtime for Mangrobang, making it easier for her not to miss whatever typical kids usually enjoy as youngsters.

During her younger years, the San Pedro, Laguna native Mangrobang was believed to have been influenced by her province’s proud product Abet Alon Alon, the many-time national champion who later on became a national team coach.

Recently, the 27-year-old Mangrobang finished seventh overall in the tough Asian Games meet during a hot and humid competition day in Jakarta, Indonesia.

A lot was expected from Mangrobang in the Asiad event as she was coming off a gold winning performance in the 2017 Southeast Asian Games in Kuala Lumpur, Malaysia.

While Mangrobang knew within herself that she was at her best entering the Jakarta meet, she eventually realized she went up against more seasoned triathletes, giving her enough reason to double her efforts in her upcoming training in Portugal.

Carrasco, while not contented with the Asiad performance of Mangrobang, would not complain about the result.

This as Japanese bet Yuko Takahashi essentially broke every competitor’s spirits by pulling away right at the very start of the race.

After her Asian Games stint, Mangrobang immediately flew to Portugal which has been the destination of Filipino triathletes the last couple of years.

In Portugal, Mangrobang and the rest of the Philippine members are being trained by veteran triathlon coach Sergio Santos.

Meantime, Mangrobang is hell bent on claiming a spot in the upcoming 2020 Tokyo Olympics by joining the World Cup event this October on Tongyeong, Korea and the Japan ITU World Cup on November 10 in Miyazaki, Japan.